Learn how to keep water from flowing through a screen.

At first glance, you might think that you’ve seen this science demonstration attempted by a friend. A glass jar is filled with water and covered with an index card. The whole thing is turned upside down and the hand that is supporting the index card is pulled away. The card appears to be stuck to the inverted jar of water. In and of itself, this is a very cool trick, but in this version of the experiment, things get crazy. The inverted jar of water is held over the head of a spectator and the index card is pulled away! The gasps are audible . . . someone screams in anticipation of the water falling from the jar only to drench the poor spectator. To everyone’s amazement, the water does not fall. It’s suspended in the jar, literally floating above the spectator’s head. The card is replaced, the jar is returned to its upright position, and the science magician pours the water back into the pitcher. The only sound you can hear is that of people scratching their heads. Amazing!

Believe it or not, the secret to this science magic trick was in plain view of the audience the entire time. There’s simply a piece of mesh screen that is held in place by the lid of the jar. Unlike a normal jar lid, the Mason jar has a lid that comes in two pieces—the center section and an outer ring called the sealing band. You will only be using the outside ring portion of the lid for this science trick.

Your first inclination might be to try to hide the screen from your audience, but the truth of the matter is that no one will see it unless they know to be looking for it. Of course, you’ll need to have a little distance between you and your audience, but you can casually show the top of the jar in one hand while picking up the pitcher of water in the other and no one will suspect a thing. Go ahead, try it, and you’ll be amazed that you got away with flashing the secret right before their eyes! This is called “misdirection” and it fools the audience.

When you’re ready to perform the trick, fill the jar with water by simply pouring water through the screen.

Cover the opening with the index card. Hold the card in place as you turn the card and the jar upside down. Let go of the card. Surprisingly, the card remains attached to the lid of the upside-down jar. Carefully remove the card from the opening and the water mysteriously stays in the jar!

Replace the card, turn the whole thing over, remove the card, and pour out the water . . . while enjoying the sounds of ooohs and ahhhs!

This is truly an amazing science magic trick because several scientific principles come into play to make the water appear to be suspended in the jar. Atmospheric pressure (the pressure exerted by the surrounding air) is the force that holds the index card in place. The card stays on the upside-down jar because the pressure of the air molecules pushing up on the card is greater than the weight of the water pushing down.

But how does the water stay in the jar when the card is removed? The answer is surface tension. The surface of a liquid behaves as if it has a thin membrane stretched over it. A force called cohesion, which is the attraction of similar molecules to each other, causes this effect. The water stays in the jar even though the card is removed because the molecules of water are joined together (through cohesion) to form a thin membrane between each tiny opening in the screen.

If you tip the jar at all, air will come into the jar and break the seal, causing the water to pour out. Tip the jar sideways and the water falls out of the jar. If you return the jar to its upright position, the air can no longer get into the jar and the rest of the water will stay inside. Now you have a special insight—be careful not to jiggle the jar or touch the screen because you’ll break the surface tension and surprise everyone with a gush of water. Okay, maybe that’s actually a good idea.

Experiment with different screens, some with fine mesh and some with coarse mesh, to observe how surface tension and air pressure work together to accomplish this feat. Ultimately, it’s best to use plastic screen material since it will not rust or discolor the jar. Test out different kinds of plastic mesh from produce bags, for example, to see how the size of the mesh affects the surface tension of the water.

If you want to be really tricky, prepare one jar with the screen and one without. Ask a volunteer to join you on stage and have the volunteer use the jar without the screen. While your jar mysteriously holds the water, the volunteer’s jar loses its contents every time. After the laughter subsides and before your volunteer’s confusion turns to frustration, reveal the secret . . . but make sure you have a towel close at hand.

After a rainstorm, you might have noticed that the screens on your windows at home are saturated with water. It’s a simple matter of water molecules holding onto the screen (this is called adhesion) while holding onto each other and stretching across the tiny openings of the screen mesh (cohesion) to form a thin layer of water. Run your fingers across the screen and what happens? You break the surface tension of the water.

If you’ve ever gone camping and you had a tent with a screen opening at the top, you might have experienced an accidental rain shower inside your tent. During the night, moisture in the air condenses on the screen, filling each mesh opening with water. Jiggling the tent in the morning knocks the water loose, and you’re left with a tent full of unhappy campers. Make sure you try it on someone else’s tent!

This is a great piece of science magic designed to fool and amaze your friends. The cool thing about science magic is that unlike magic tricks performed by magicians, you want your friends to try and guess the secret. However, before you reveal the secret, make sure you’ve allowed enough time for every person to share his or her predictions (in science lingo, those predictions are called hypotheses). 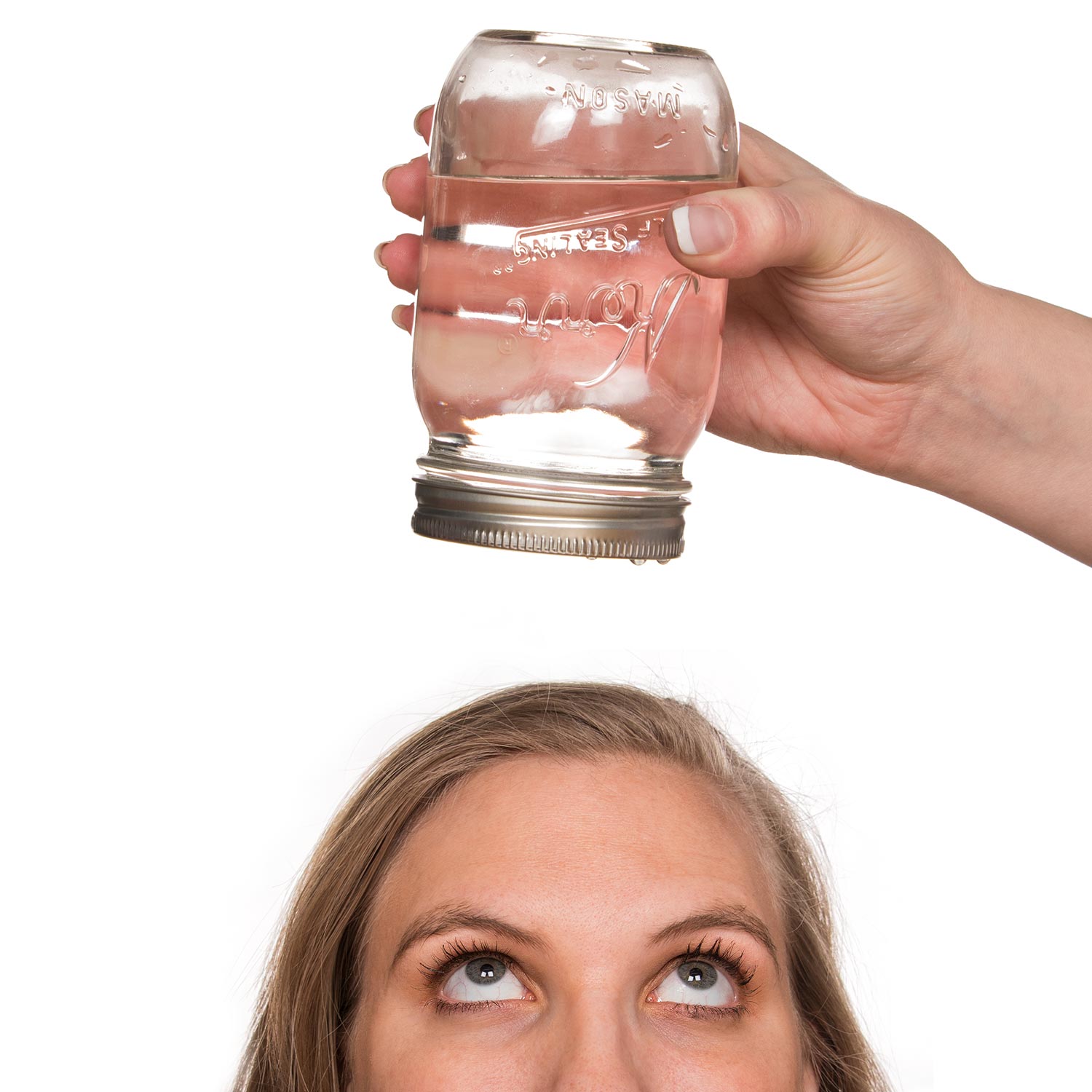