You are here: Home1 / Experiments2 / The Coin Drop

Gravity and inertia combine to neatly drop a penny (or a stack of pennies) into a glass.

Dropping a penny into an empty glass sounds ordinary and simple… at first. At Steve Spangler Science  “ordinary and simple” are invitations for us to dream up ways to use science to get it done. The challenge is to discover a creative and scientifically sound way to drop a penny into a glass. We tested a variety of ideas but realized that Sir Isaac Newton had it locked up for years in his First Law of Motion.

Lay the card on top of the glass. Have one edge of the card a little beyond the rim so you can  give that edge a good flick without smacking your fingertip on the glass.

Place a penny on top of the card so it’s centered over the glass.

Use a finger to flick an edge of the notecard. You want to flick the card directly from the side. (Don’t flick it downwards or upwards by hitting from above or below the card.)

Watch the penny drop straight into the glass!

In the case of the Coin Drop activity, the penny is at rest sitting on top of the card. Watch it as long as you like but, on it’s own, the penny will not move from that spot. When you flick the card out from under the penny, you allow gravity (an outside force) to act on it and drop it into the glass. The bottom of the glass stops the penny from falling. However, if the penny were a lot heavier (had more mass) and were falling much faster, it could go right through the glass (and probably the table supporting it, too).

So, why doesn’t the penny take off when the card is flicked? If you flick the card correctly, it simply slides out from between the glass and the penny. There’s not enough friction from the card to take the penny with it.

Challenge yourself to pile up as many coins as possible and get them into the cup all at once. What’s your record? Post it in the reviews tab. You may find the card will need some strengthening with more than a few pennies. A heavier card will mean a harder flick to move it. (Yes, that’s more Newton, too, and it’s in the Second Law of Motion.)

How does the type of coin you use make a difference, or does it?

What type of card doesn’t work? HINT: Sandpaper is great for smoothing rough surfaces. When you flicked the card this time, why did the coin take off in the same direction as the card?

What happened to the coin if you flicked the card upwards from underneath or downwards from above instead of on the edge? How does the First Law of Motion explain what happened?

Whip Off the Tablecloth Trick 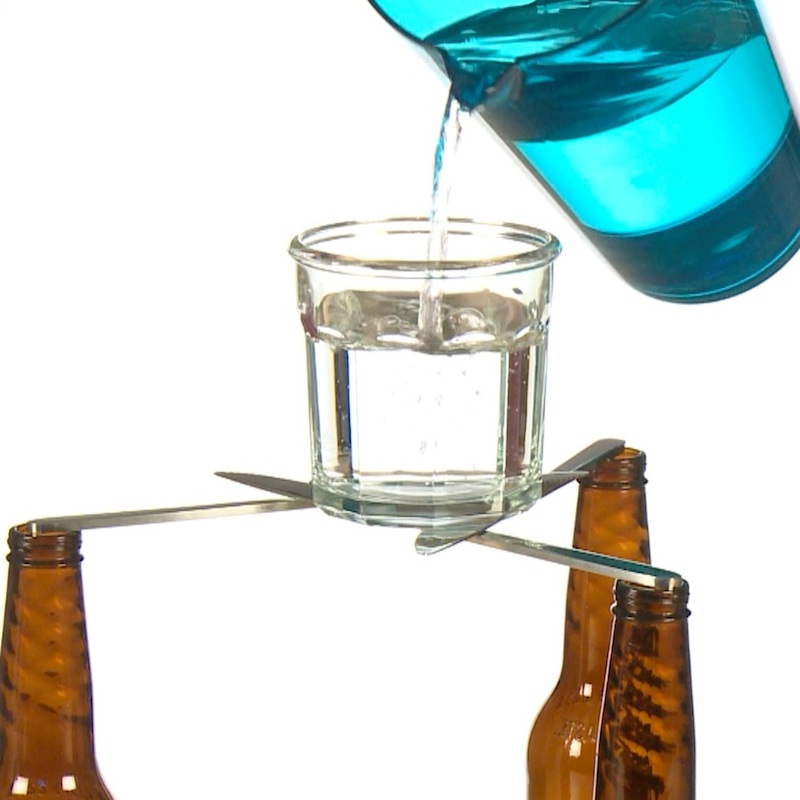 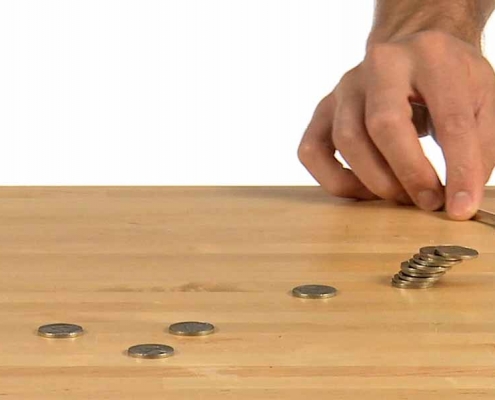