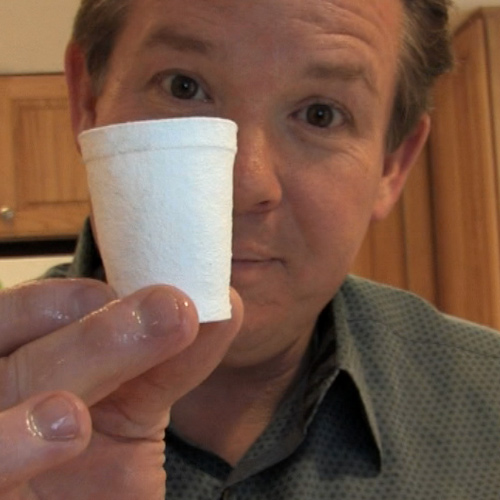 The pressure cooker is Mom's secret weapon when it comes to making that savory stew in less than an hour. This amazing device is also the kitchen scientist's favorite tool for subjecting ordinary things to high pressure to see what happens. For this experiment, our subject is a Styrofoam cup. Under extremely high pressure, will the cup expand, contract, melt or turn into a cute little puppy?

Refer to the manufacturer's instructions for proper operation of your specific pressure cooker.

You must use extreme caution not to put anything in a pressure cooker that would accidentally block the opening in the lid for the water vapor to escape. When the Styrofoam cup is heated, it first expands and then shrinks smaller and smaller the longer you leave it in the pressure cooker. If you select a cup that is too big for the pressure cooker, it is possible that the Styrofoam could expand when it's first heated and accidentally block the opening for the steam to escape.

In cooking terms, the pressure cooker is a saucepan with a locking lid that creates within intense steam heat to cook foods in a shorter period of time than a conventional saucepan. Simply stated, the pressure cooker works by turning water from a liquid into a gas (water vapor). If the top of the pressure cooker didn't have an opening for the gas to escape, the cooker would explode. Instead, the specially designed top allows some of the water vapor to escape while maintaining a high pressure inside the cooker. The first commercial pressure cooker debuted in the United States at the New York World's Fair in 1939, made by National Presto Industries. 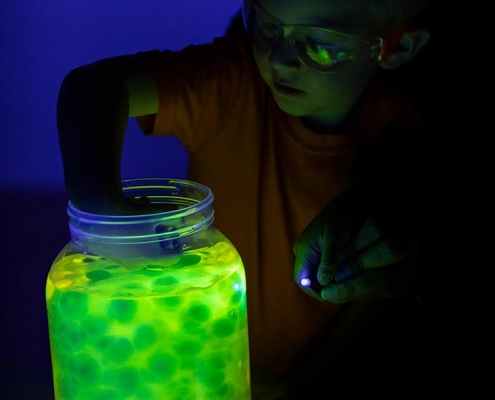