You are here: Home1 / Experiments2 / The Power of Air

The Power of Air

High and low air pressure combine to increase your lung capacity by about ten times – give or take!

Who knew that an amazing invention designed to rescue babies (and parents) from the horrors of dirty diaper piles can also teach you a physics lesson about air pressure differences? A Diaper Genie® refill is the perfect lab tool to show you the combined effects of moving and stationary air. You’ll see your lung capacity growing exponentially with a simple demonstration.

Diaper Genie® is a registered trademark of Playtex Marketing Corp.

Cut a length of a Diaper Genie Refill bag about as tall as you are (or a little more).

Keep the bag loose and fluffed up. Tie a simple overhand knot in one end of the bag.

Put the bag over your mouth. Take your time, and blow three big breaths of air into it. Grab the bag in front of your mouth and squeeze your hand to close it off. Slide that hand forward down the bag pushing the air you blew into it toward the knotted end. How did you do? The bag is completely full. Right?

How would you feel about inflating the entire bag with one breath?

It may sound silly but, squeeze out all the air you just blew into the bag. Have an assistant hold the knotted end of the bag at your mouth level. The bag should be horizontal and straight away from you. Spread out your fingers and hold the opening of the bag as wide open as you can get it.

Keep your mouth about six inches from the wide-open end of the bag. Take a couple of deep breaths (don’t overdo it or you risk fainting) and blow a single, comfortable breath of air into the center of the opening to the bag. Don’t touch the bag with your mouth.

It inflates in two seconds so quickly grab and seal the bag with your hand as you did before. Slide your hand forward until it stops. It’s likely you’ll be surprised! Now you can either tie off the end with a simple knot as you did before or push the air out from the other end and have your assistant give it a go. Compare this inflation with the first one and share a high five with your assistant. You both deserve it!

The bag fully inflates the second time because air from the atmosphere is drawn into the bag next to the stream of air from your lungs. For you science types out there, here’s the technical explanation. In 1738, a scientist named Daniel Bernoulli observed that a stream of fast moving air is surrounded by an area of low atmospheric pressure. In fact, the faster the stream of air moves, the lower the air pressure drops around it. When you blow into the bag, you create a temporary area of low pressure inside the bag and higher pressure air around you in the atmosphere rushes into the bag to equalize things. In other words, air in the atmosphere is drawn into the bag at the same time you are blowing into it.

For this activity, you need:

The science behind the lifting table can be explained by Pascal’s Law. His experiments with fluids led him to conclude that the pressure exerted on a confined fluid (in this case the air in the bag) exerts equal pressure in all directions: up, down, front, back, and sideways. In other words, the compressed air is exerting pressure underneath the inverted table equally throughout the long bag. This same principle is being applied when you pump up a bicycle tire or when an auto mechanic uses an air lift in a garage.

Determine how much Bernoulli’s principle is affected by the size of a bag’s opening. Devise a contraption that adjusts the size accurately or a clever way of measuring it.

Test how long the bags are able to hold onto the air inside of them once inflated.

How is a bag affected by air temperature?

How long can a bag be and still be inflated with one breath? What if you used bigger lungs? a fan?

Firefighters use Bernoulli’s principle to quickly and efficiently force smoke out of a building. Instead of placing the fans up against the doorway or window, a small space is left between the opening and the fan in order to force a greater amount of air into the building. Firefighters call this “Positive Air Flow.”

In a rescue, first responders also use long, airtight bags and an air compressor to move collapsed walls, huge boulders, and other heavy debris away from victims so they can be saved. The bags between the tables showed you how it works. Science rocks! 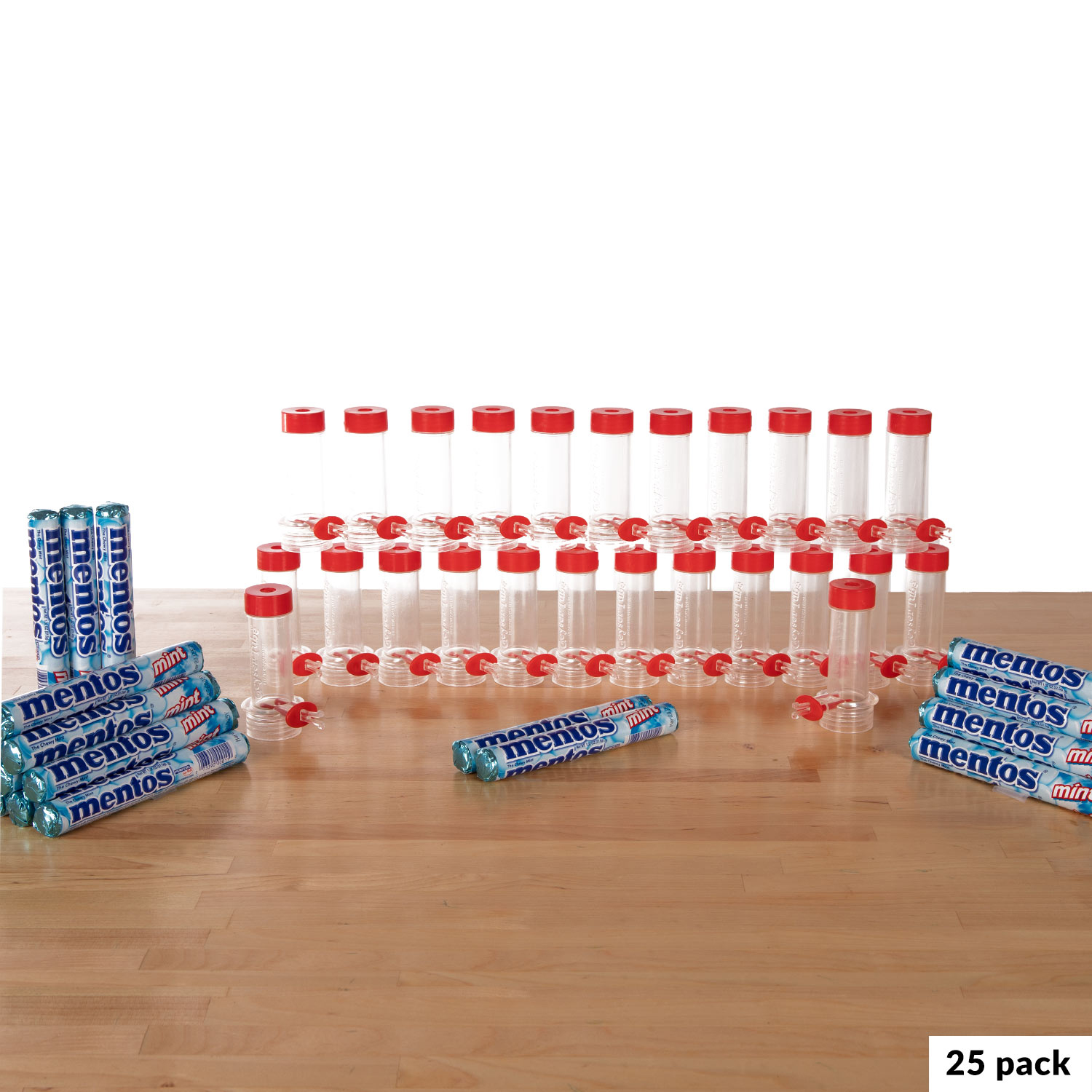 Windbag, aka "The Bernoulli Bag"

Cloud in a Bottle