You are here: Home1 / Experiments2 / Mad About Science – Reinke Brothers 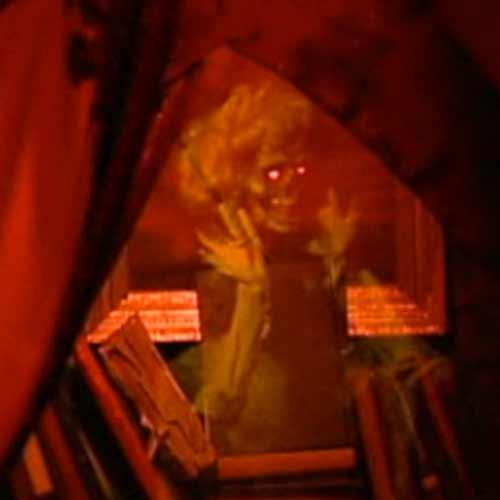 Over the years, Steve Spangler has profiled teachers and students and companies who are “mad about science,” but these people are certifiably crazy about science.

According to the Reinke Brothers, their love for everything science and spooky started over 40 years ago.  Back in 1968, Greg and Chris Reinke started exploring the “Haunted Attraction” business at the local fishing hole. Their father didn't like fishing so the boys were on their own. After a full day of floating worms, Greg and Chris began their glorious career by hooking their first business asset, a shopping cart. After a rigorous cleaning of their new equipment, the boys set up shop in the basement of their parents' home. Borrowing a plaster skull from their older brother, Don, and their father's footlocker for a coffin they began to construct the walls by hanging blankets from the rafters of their new empire.

Halloween was fast approaching and they were anticipating a great season. Soon their first customers approached. Ding-dong… the doorbell rang and the first of their twenty-six clients of the evening were paying their penny and descending the stairs to the basement. “Climb in and be prepared to be scared!” Greg would exclaim. Pushing the cart through the maze of blankets, props, and scenes, Greg would pull strings to cause movement in each room to terrorize their clients. Strings were the cutting edge of animatronics at the time. Chris fed the extension cord, which ran the electrical grid for the “Mansion of Terror,” providing power to the strobe light mounted on the front of the cart (it was a good effect).

Soon the woman who eventually vaulted the brothers into the limelight came to the door. Not being able to climb into the cart she began her walking experience and with amazement she asked, “What would you charge to build this Haunted House for Saint Mary's Carnival?” Greg thought quickly and said,”Fifty dollars.” The boy's career had begun!

Now, 41 years later, Chris and Greg are sharing their love of the science of spooky with the flocks of people who visit their haunted house every year.  In fact, Reinke Brothers, located in downtown Littleton, Colorado, is so popular, the haunted house is open year round… and it's guaranteed to knock your socks off.