A new sports car, made by Tesla Motors, is a tribute to Nikola Tesla, the most famous person few have heard of.

The car, which can go zero to 60 in 3.7 seconds is completely electric. It doesn’t use a drop of gasoline. The sports car also doesn’t lose power in altitude. It retails for $128,000. 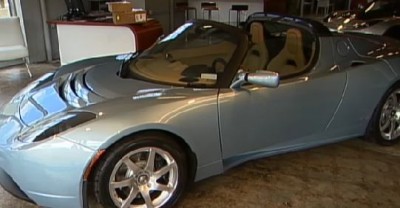 Tesla came to the United States in 1884 from Croatia. He wanted to harness the power of Niagara Falls. Tesla began working in Thomas Edison’s lab in New Jersey and began improving upon Edison’s line.

Tesla was looked upon as an insane person, as he spoke of transmitting pictures, wireless electricity and transmitting electricity. But he was way before his time. He is credited with several inventions that we could not live without today – AC power, an electric motor, radio tubes and a laser. He also figured out a way to electrify gas, making the first neon light.

He may be most popular for the Tesla Coil, which he tested while living in Memorial Park near Colorado Springs.

For more on Nikola Tesla, check out the Tesla Society’s Website.